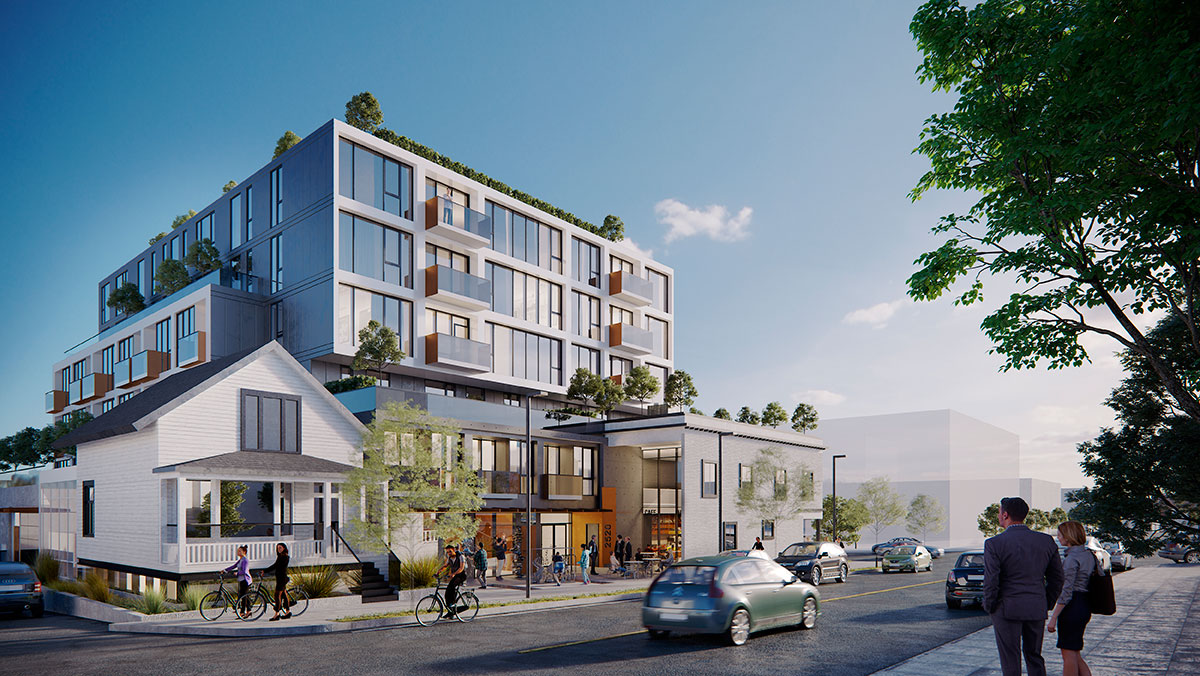 The architecture endeavours to achieve an elegant and timeless quality through the use of a contrasting colour palette, architectural rhythms, and the layering of components. The attractive contemporary design strives to make a positive contribution to its surroundings and to the revitalization of the Mount Pleasant/E Broadway community.

Our goal was ultimately to position the heritage assets comfortably along Carolina Street with the new modern building setting back respectively while comfortably integrated. The bulk of the new building is felt along E Broadway, a major artery. The lower mass generally adheres to the zoning envisioned Broadway street wall, as outlined in the Mount Pleasant Community Plan. The higher mass of two interlocking forms is setback more from the lane, in two steps, to minimize bulk to the south houses and incrementally climb to the sixth floor. Along E Broadway the upper mass also takes a substantial setback from the fourth floor to the sixth, thus minimizing the shadow on E Broadway and mitigating the apparent mass. These additional setbacks are to transition the higher building on all three sides, East, South and North, into the existing context. 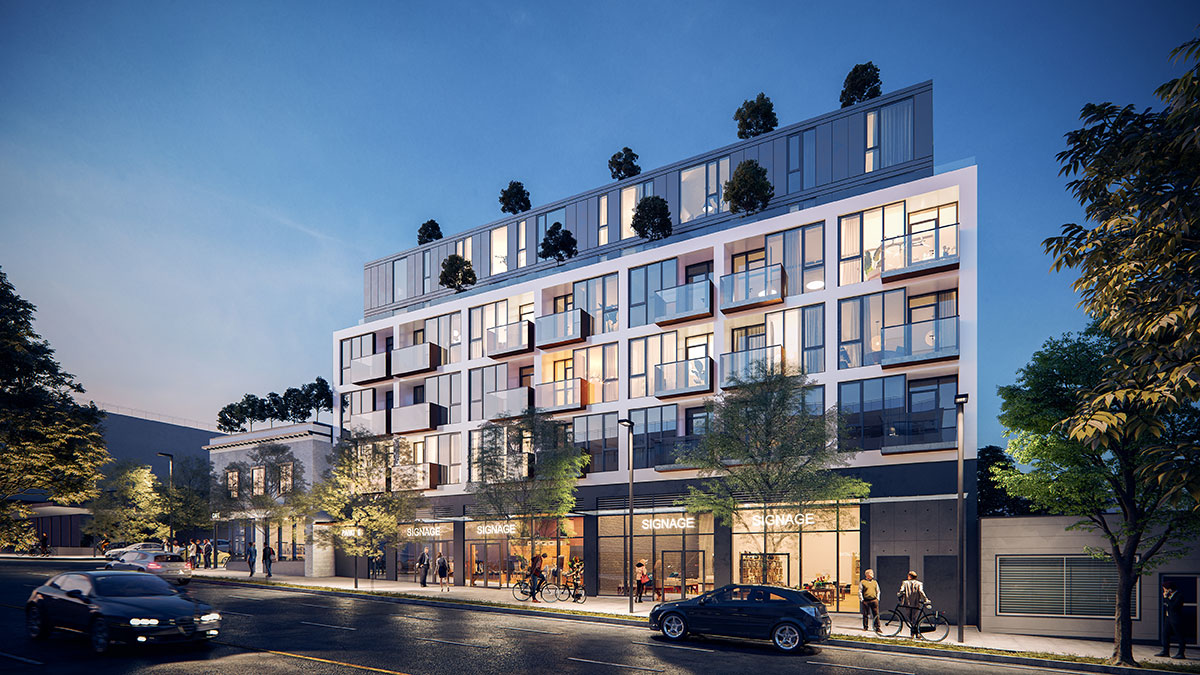 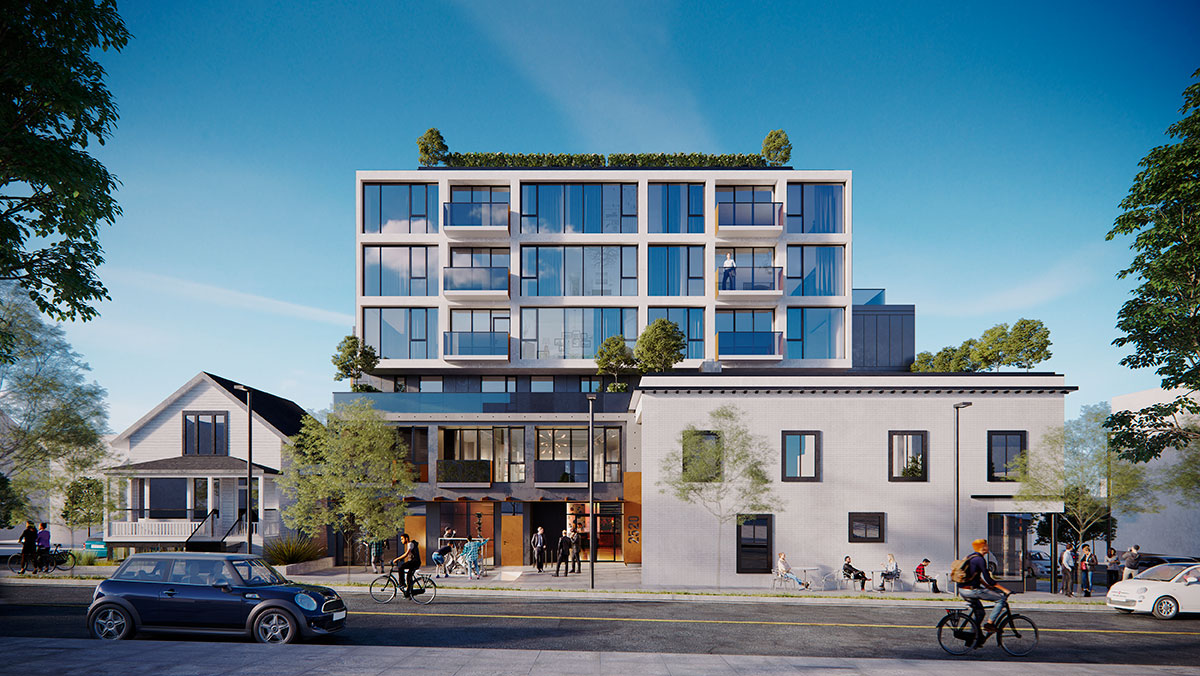 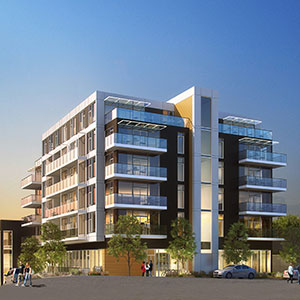 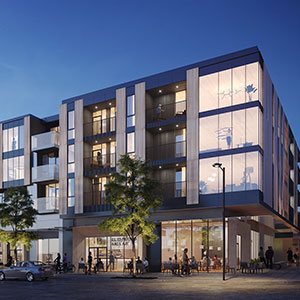 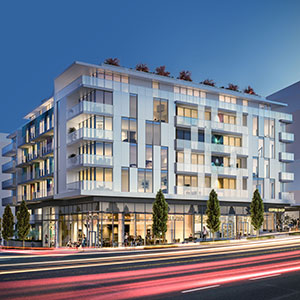 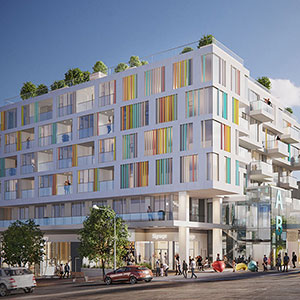 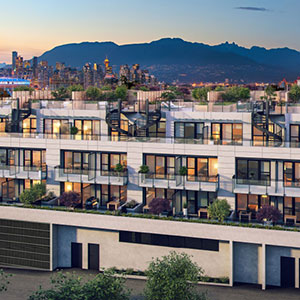 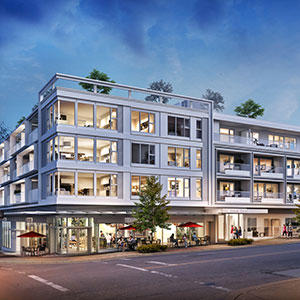 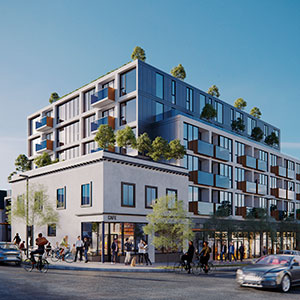 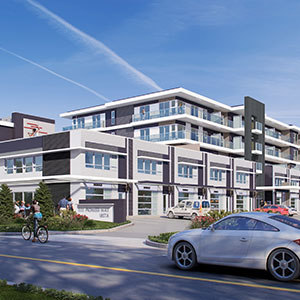 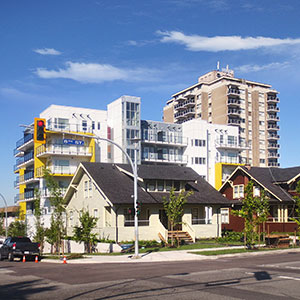 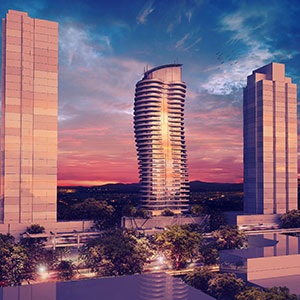